Do I Need A Second Passport or Second Residency? 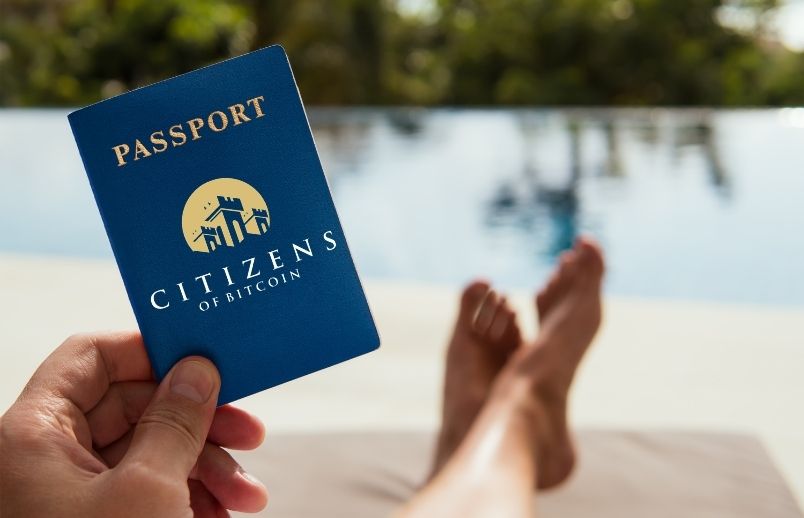 Investors should always have a good exit strategy planned, regardless of whether they’re dealing with bitcoin or not. Getting a second passport or residency is a great way of doing this.

That said, there’s no need to reiterate that there have been some issues in the crypto world lately. With many Western countries increasingly imposing taxes and regulations on crypto, they are making dealing and investing in cryptocurrencies much more difficult for the investors interested in the market.

Considering this, it’s important to ask yourself: What could a second passport or residency do for you? Which one of the two is ideal for you?

If you’re a citizen of the United States, then you should prioritize obtaining a second passport. Though there are taxation rules that U.S. citizens have to follow wherever they live in the world, owning a second passport is still a great backup plan. If working in the U.S. gets too hard or less than desirable, Americans can simply move elsewhere.

If you’re not an American citizen, but from a different Western country, you may prefer obtaining a resident permit and new home abroad. Your government probably doesn’t want you to know this (though some don’t approve of crypto investment in the first place), but with a second residency, you can take back control by simply moving your investments elsewhere.

Here is an example. If you’re an Australian citizen with a second residency, you can notify your government that you’ve relocated to live somewhere else. As a non-resident Australian for tax purposes, you’ll stop being subjected to most Australian taxes. If you’re the owner of, say, cryptocurrency worth $2 million that you’ve paid $1 million for, and you believe the crypto will go up to $10 million or so, you’re going to be saving yourself a massive sum just by getting second residency in a nation with more favorable investment tax laws.

This kind of plan B, where you simply leave to live somewhere else, can give you a variety of other perks as well. If you’re able to prove that you reside elsewhere, whether this is an Eastern European, Asian, Middle Eastern or South American country, simply being able to point out that you live there to your government can give you a massive leg up.

Cryptocurrency investors should be looking at both second residency and second passports. If you’re a United States citizen, this is even more important. However, even if you aren’t, having this kind of plan B in case your government makes things difficult for you can ease up a lot of burdens.

Some U.S. investors might want to do this immediately. However, others will still benefit from having a backup plan. A second residency (which grants you a resident permit) can be more useful in some situations, giving you the ability to tell your government, “Hey, I live here now.” These two options work excellently in tandem, regardless of whether you’re being proactive and looking to get the jump on some foreign options or if you’re simply doing it to have a plan B.

Where Should You Look To Get a Second Residency or Passport?

Once you’ve made the decision to set up an offshore plan and take the plunge to get a second passport or residency, you’ll need to do some research to ensure your security. These assets can play a different part in your investment approach, depending on which country you currently reside in. However, the more important question here is where you should be getting them.

When it comes to residency options and the resident permits they give, there are a variety of options to choose from, depending on your lifestyle and needs. When it comes to passports, there are also an abundance of options. You can find many blog posts on the Citizens of Bitcoin website talking about these options.

In order to get this narrowed down a bit, the main agenda for most cryptocurrency investors is to put forward a minimum amount of wealth in order to get the passport as quickly as possible. It can be worthwhile to consider going to a citizenship-by-investment (CBI) program, which grant passports and citizenships primarily through government donations or real estate purchases.

Starting at $100,000, then making a generous donation and paying the legal fees of attaining a passport, some of these programs can grant you a passport in your hands within a couple of months. If you’re working at a serious investment level, this can have a particularly immediate ROI. These passport opportunities are worth thinking about, especially if you’ve got crypto as a large chunk of your assets but you also have a decent amount of fiat or a different asset you can pull from.

Which passport you should be looking at will depend on your marital status, your country of origin, your preferred travel options, where you like to travel and more. If you’re a citizen of the United States and you’re looking to return to the U.S. in the future, there will be a variety of factors you’ll need to think about.

If you’d like to learn more about setting up a customized second passport, residency or citizenship strategy as a cryptocurrency investor, you should look at our other articles on the topic, as well as the Citizens of Bitcoin twitter handle. Or, if all else fails, you can have our team help you realize your ideas.

Regardless, if you’re serious about investing in cryptocurrency, you should work to have a defensive plan B at the very least. But don’t forget about the benefits of a proactive strategy as well. A second citizenship or residency will give a liberating feeling and an entirely different outlook on life, helping you realize you can always leave places you don’t like.